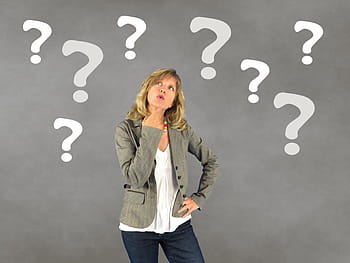 While the title sounds quite prosaic at worst or repetitive at best – the content and the intended effect is still relevant. With numerous students graduating and waiting for their forthcoming interviews – this piece should be helpful to one and all. Not just students (sadly but truly) many grown-ups can use it too (read: need it too).
Let’s get straight to the point. The point is that just like any other language – English has different words for different situations – let’s just keep it that way. But do we? While the list is seemingly interminable – here are some words that are relevant in the Indian context.

Bare vs Bear:
Bear is both – an adjective, verb, determiner and an adverb.
In the adjective form it stands for the following:

Bear on the other hand is a noun and a verb.
It the verb form, it stands for the following:

In the noun form, it stands for the following:

This is a pet peeve – almost everyone I know or have met (and where I have read their writing) has made this mistake every once in a while. Here’s how to kill the confusion.

‘Its’ is a possessive pronoun. It indicates belonging or association. E.g. the dog tried to catch its own tail. He bought the vintage car since he knew its value. The baby bit its own finger.

‘It’s’ on the other hand is a contraction. The apostrophe shows the omission of a letter/letters. In this case, it refers to a reduction from IT IS to IT’S. Other examples of reductions being don’t, won’t, can’t, wouldn’t etc.

I know why everyone’s so confused with this … the reason is that with other words, we always use an apostrophe to denote belonging e.g. Jack’s car, Megan’s phone, Baby’s diaper.

Just consider it’s/its to be an exception – if that helps.

Here’s another commonly confused term – although I don’t see a reason for any kind of confusion. Let’s get this straight.

A principal is both – a noun and an adjective

In the noun form, it stands for:

In the adjective form, it stands for:

‘Principle’, on the other hand, is a just noun that stands for:

In short – for admissions and leave applications – you approach a PRINCIPAL. For discussing values/qualities – you write PRINCIPLE.

This is another one that gets my goat. Once again, I don’t see why anyone should be confused with these terms – but since there are people who need help – let’s simplify this.

‘Than’ is conjunction & preposition that stands for:

Then is an adverb that stands for the following:

In short – use THAN for comparing and THEN to denote anything related to time.

I’m sure by now many of you also agree with me on the futility of this entry – but I chose to include it after reading some really atrocious text. Let’s get this one straight too…

Too is an adverb that stands for:

I’d be damned if had to explain the meaning of ‘To’ – hence I’ll leave it your imagination.

As is clear from the above content, these confusions can lead to miscommunication and thereby losing face at social meetings. The key to a better understanding of these terms is reading and more reading. The more you read, the more you understand, in addition to this, employ internet-based resources like www.grammarly.com. Websites like these are a great help while writing emails, messages, notices, social media posts, articles, blogs etc.

Till we meet again,

Goodbye to confusions and Welcome to great writing!!!