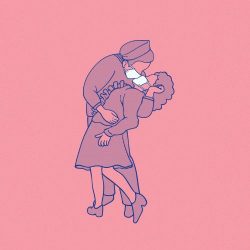 Hello friends. It’s good to write once again, although this post comes a bit later – but like they always say – better late than never. The heading is aptly titled. We (humans) as a race are quite resilient. We have survived a lot – and we still move on undaunted. A few noteworthy mentions are earthquakes, famines, impact events, limnic eruptions, wildfires/bushfires, avalanches/landslides, blizzards, floods, heatwaves, tornadoes, tropical cyclones, tsunamis, volcanic eruptions etc.

I saved the best for last – epidemics and pandemics. We hear these terms being used interchangeably and thrown around a lot, these days. One that everybody’s talking about these days is coronavirus and COVID19. YES – these two, although related – are different terms. Coronavirus disease 2019 (COVID-19) was discovered only in December 2019 while coronaviruses were discovered way back in the 1930s (almost 90 years ago).

I will not beat around the bush or even bother describing the two terms mentioned above. I’m sure you (readers) know a lot about them already. How correct your information is – is a matter of debate though. Now let’s look at the title once again. The reason this post is titled that way is that we have ‘been there, done that’ several times before.

To begin with I’d like to focus on the part where an epidemic is different from a pandemic. An epidemic is a disease that spreads faster than expected and affects more individuals over a widespread area. A pandemic is more like the big brother of ‘epidemic’ in the sense that the reach of a pandemic spans several countries simultaneously. But, as I said before – COVID19 isn’t the first or the deadliest of epidemics/pandemics. We have seen worse. Here’s a lowdown on some pandemic/epidemic humans have survived.

In the late 19th to early 20th century, there was smallpox. It raged for almost 100 years across several countries and killed as many as 500 million (50 crores). The 15th century gave us another dreaded killer – plague a.k.a. Black Death that raged across most of Europe, Asia and North Africa. It wiped clean as much as 60% of the European population in 22 long years. Its death toll was almost 200 million (20 crores). The 20th century threw another pandemic on us – Spanish flu or H1N1 or what’s technically called Influenza A virus sub-type H1N1. It killed almost 100 million people in just two years. 1855 to 1860 saw the demonic rage of the Bubonic plague that last for five years. In that time, 12 million perished in just India and China alone. The global numbers would definitely have been way more than that. This brings us to the recent scenario of COVID19 – it has claimed 60,000 (as on 3rd April 2020) or even more, globally.

The point I’m trying to make is that COVID19 is just a baby compared to the monstrosities the whole world has seen since we started recording medical history. The pandemic or epidemic should teach us a valuable lesson – we are vulnerable. We’re not the strongest beings on earth – but we are the most resilient. The dinosaurs perished, so did several other species (where human greed was not involved) – but we kept evolving. We won’t go down in history so easily. But to do that we need to understand our limitations as human beings. There are several diseases – we have no cure for. Our immunity and value for life are our strongest weapons in this perennial fight for survival. So, to see another day, in such critical times, let’s follow simple rules of hygiene, stay hydrated, exercise regularly, eat, sleep and wake on time, read a lot, try to learn new skills, list to music, meditate, cleanse our mind and body – in short – let’s stay home – and SAFE.

Till we meet again, may the better sense prevail!!!

A teacher, a father, an agreeable (do I have a choice?) husband - I love to play with words. I spin the yarn - and she maintains the (cob)webs. As different as chalk and cheese - we get along very well on this one topic - My Website. Welcome to our world of words and ways of word-smithy. I hope you do not regret your visit here, to say the least.
admin@domain.com
http://amithkottayi.com

One thought on “We will survive…”